I've had some interesting opportunities recently to talk to men in contexts that invited me to explicitly involve a feminist lens. While waiting for a "to go" order last night, I struck up a conversation with a guy who was waiting for his food. We were both standing outside the restaurant--I was standing next to my bike, which wasn't locked up, and he was waiting with his dog. I asked him if I could pet his dog (who was super-cute, named "Jack", and very happy to get some pets) and he mentioned that he could bring the dog to the school where he taught 3rd grade, and the kids loved him. Asking some more questions, I found out he's been teaching for over a decade, teaches at a private school in Oakland, has also taught kindergarten, and loves his job. I have a close friend who teaches, and we've talked some about how there is a gendered skew for grade school teachers, most of whom are women, and about how men are sometimes looked at askance for even wanting to teach children. I asked my new acquaintance what it was like for him, being in a profession that has many more women than men.

He had an interesting response that sort of surprised me in its sexism: He said that it was hard to get things done sometimes, because women teachers are more emotional than he was (being a man), and less pragmatic. I was sort of taken aback--I wanted to acknowledge his experience (after all, I had kind of asked a relatively personal question of a stranger), but felt a need to know more, and to respond. Unfortunately, his food was ready at that point, and I didn't get to talk to him further. I didn't get to ask him, for instance, if perhaps the teachers at his school felt "more emotional" than he felt, making it about personal traits, rather than about so-called gendered traits. I didn't get to ask him what "pragmatic" meant to him (did it mean ignoring passionate stances?). I applaud anybody who becomes a teacher, mostly because it's such a tough job, and I'm glad that there are men who want to teach kids, but I found the overly simplified sexism a little disheartening. Perhaps if I had talked to him more about why he felt that way, I would have gained a better understanding of where he was coming from.
Posted by Jeff Pollet at 9:29 AM No comments:

Email ThisBlogThis!Share to TwitterShare to FacebookShare to Pinterest
Labels: FA2.0, Talking with Men

A new blog for male feminists, written by a feminist man in his 20s: What Men Dare Do

One day, a friend of mine, a girl, who was then and still is one of my best friends, and I were hanging out. I couldn't tell you where or what we were doing, but I think we were perhaps on our way back from a party, or maybe going to one. She mentioned to me, very casually, "You know, Jeff, sometimes you make these sexist jokes, and they're hurtful."

It was in a very casual situation, and perhaps my remembrance of it gives it more weight than it really had, but that was my "click" moment. Somehow, that casual comment, even though I'd already read about and believed all these things about feminism, hammered home the fact that I was not living by the principles I purported to stand by. How I was living was hurting my friends, and not unlike other young people, my friends meant everything to me.

(By the way, this "Jeff" is not me...though I may like his blog more in part because he has such a great name.)
Posted by Jeff Pollet at 10:26 AM No comments: 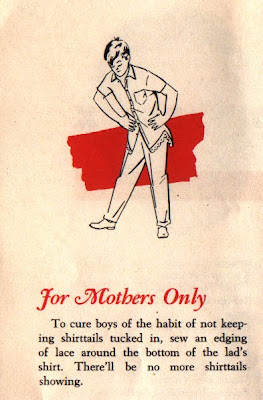 Posted by Jeff Pollet at 8:31 AM No comments:

Homophobia Used to Keep Boys and Men In Line

Hat tip to Sociological Images:
This is what it’s like to be a man under patriarchy: moments of inhumanity in which men accept and reproduce hatred against others and moments of victimization when other men aim that hatred at you.

Apparently, this happened years ago, and the Yankees have addressed it, but it's hard for me to imagine that this doesn't still go on during games, sometimes.

I wonder: What possible options did the young men who were being verbally harassed here have? Against that kind of mob mentality, just sitting there and taking it might have been their best option--various kinds of "fighting back" would be buying into the confrontational nature of the whole thing (and invited a higher chance of physical violence). Simply getting up and walking away seems plausible, but then, that would have made the harassers pretty happy (and those tickets can be expensive!). I wonder how those yahoos would respond to, "Hey, my sexuality has nothing to do with my loving the Mets." I'm guessing that wouldn't have helped much.
Posted by Jeff Pollet at 1:53 PM 2 comments:

UPDATE: The following post assumes that we're all on the same page about Nice Gusy(tm) vs. nice guys, a la Feminism 101's definitions. Now, back to the post...


I'm really glad that Dating (and/or Fucking) While Feminist has become an popular topic. Whatever you think about love and romance, and wherever you are in your love life, chances are that if you're a feminist, you've had to struggle with some of the things that other folks are struggling with. From Jaclyn Friedman's Fucking While Feminist interview to Jill Filipovic's wonderful rant Single White Female Seeks Passive-Agressive Misogynist over on Feministe, there is a lot to think about, and, since this is the internet, lots of folks have strong opinions about it all.

I think there are a lot of things a feminist (or pro-feminist) man can say about all of this (after all, some of us are dating/fucking while feminist as well), but I don't want to take that head on just yet. Instead, I'd like to talk about a tangent of the discussions dealing with the idea that it's sometimes difficult to grow into a confident and/or assertive man who is also on board with feminist ideas and actions.

Over on Jill's post, commentor Bagelsan responds to a guy who is taking the oh-so-boring-and-common line of thought that women (all of them!) like jerks. The guy says:

And Bagelsan responds with a hilarious bit of wordplay about dolphins-with-Hitler-mustaches:

More to the point, qualities like “confidence” exist independent of jerkishness. (Just like there are kid-loving swimmers who aren’t Nazi porpoises.) So why in the world do Nice Guys think they have to be jerks to be confident, etc?

*I may or may not have used this somewhat tortured metaphor entirely in order to describe this image. :p Bagelsan

Bagelsan's (likely rhetorical) question is what got me to thinking: So why in the world do Nice Guys think they have to be jerks to be confident, etc?

The trite answer is something like "Because that's mostly what we see. Examples of confident jerks abound all around us." This is no excuse for bad behavior, of course--just because bad examples abound doesn't mean we have to follow them. But the prevalence of them does supply a partial answer to Bagelsan's question. And even boys who eventually learn to be men who are confident-but-not-jerks have an uphill battle in at least some ways; look at how much Barak Obama gets chastised for what amounts (in my mind) to a quiet confidence.

There is a culture of traditional male masculinity which encourages a particular type of cocky confidence, and that traditional type of masculinity is something that boys and men have to come to terms with as they grow up and grow older. We have to discover other kinds of confidence that are not as often presented as options. I've learned a lot of that confidence from the women in my life--women who have learned that they can be straight-forward without being jerks (though there are problems there, of course, that come with being a confident woman; confident women are seen as "bitches" when confident men are seen as...confident). I've also learned about other forms of confidence from other men. The men involved in the Men's Story Project are an amazing bunch of men who have a lot of confidence, and little jerkitude.