Lots of us get most of our movie fix from Netflix these days. Guess how many of those movies are directed by women? Around 2%.

So, some folks got together using Netflix's API and produced FemaleDirectors.com, which lets you see the movies Netflix offers which are directed by women.

All y'all already know it's International Women's Day. Right?

I wish I could write more today. But please check out one of my favorite blogs,http://www.blogger.com/img/blank.gif in the spirit of IWD, which covers all kinds of feminisms, but also sheds all kind of light on feminist activism in various parts of Africa: Black Looks.

Also, check out the IWD site, including all kids of events going on:

Posted by Jeff Pollet at 9:21 AM No comments: 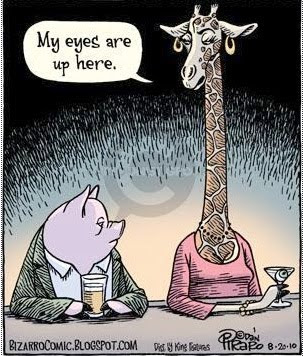 I was talking with a woman who works at a cafe I go to about what we each did over the weekend, and I found out that she was in two bike races! I like talking with her because she really likes exercise, and is one of those people who sort of radiates athleticism. Folks like that can be really encouraging to me, when I meet them in day-to-day life, because they can help reinforce the idea that one doesn’t have to be a full-time athlete to be healthy, or even athletic. Weeks ago she had mentioned a tough yoga class she was taking at the college she goes to, and I asked her how it was going now. She told me that she dropped the class--her friends had dropped out of it, it was at an inconvenient time, and there was another problem: Creepy guys from the gym next door kept walking back and forth next to her classroom, staring through the windows at the women doing yoga.

It’s such a simple kind of sexism, and yet these men managed to discourage this woman enough to have her opt out of her class. It’s a good guess that most of the men don’t even think twice about staring in at the women doing yoga--or if they do, they imagine that they themselves would really love it if women stared at them while working out, not acknowledging the contextual differences between the two situations. 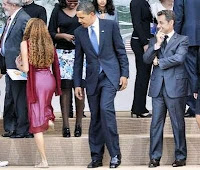 And it my cafe buddy made this decision very matter-of-fact-ly: Too many creepy guys, so she stopped going. This is just the kind of decision she sometimes has to make, as if guys looking in at you while you exercise is just something true about the world that you have to deal with, like taking an umbrella with you when it’s raining.

But that sort of sexism isn’t a given--as men, we can recognize how that might make women feel, and adjust our actions accordingly. We might call other men out on it. We might help create a world where the literal male gaze isn’t just one more hazard to be figured in while walking through the world.
Posted by Jeff Pollet at 10:16 AM 1 comment:

And yet, she has to throw in subtle moralizing that, for me, undermines her persuasiveness. For instance, she says:

There is a lot of loaded language here, and it seems to me that she must know that the language is loaded--she was a lawyer before going into the porn-criticizing business with her husband, so I imagine she chooses her words very carefully! And yet, she is above saying quite clearly that one's priorities when having sexual fantasies should be on one's "real potential mates".

To which I ask: Why? And who gets to decide that? I mean, if one's sexual fantasy life is larger than one wants it to be, that's one thing--but the idea that, somehow, the goal of fantasizing is to only imagine "affectionate contact with a real potential mate" seems (if you'll pardon me) perverse.

And the sex-negativity comes out in other ways. I mean, she argues against the use of "sex toys" (though she doesn't define what a sex toy is--are buttplugs sex toys? are feathers? how about a bed?) as another "overstimulator". These are toys! You play with them! Of course they shouldn't be the only thing you use to get off--unless, of course, that's what you're into.

It's stuff like the above that makes me question whether the science is being made to fit very limited views of sexuality, rather than coming in to explain what's going on.
Posted by Jeff Pollet at 9:36 AM No comments: