If I Don't Lurve the Good Men Project, Am I Evil? 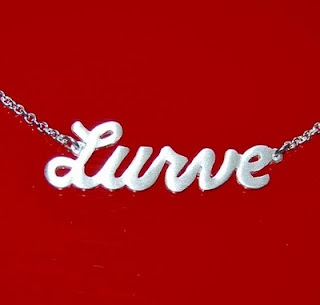 Recently I wrote about how much I was enjoying The Takeback, and about why I enjoy it more than The Good Men Project. I prefaced that piece by noting how exciting and great it is to have so much good writing around redefining masculinity in positive ways--when I started blogging, this just wasn't so much the case.

Thomas Matlack didn't *quite* appreciate my "faint praise" of his GMP, which is sort of understandable--who loves faint praise? And yet, I think his response to my criticisms deserves a response. Thomas says:

Well as the founder of THE GOOD MEN PROJECT I take this as faint praise as worthy of the cause. I actually think manhood in 2011 is a complex topic that doesn't fall easily into one user fits all definition, of what it means to be good, a good dad, husband, worker, son or man. That's why we promote discussion rather than playing God. If you want to hear what you already believe perhaps that is uncomfortable. But we think its important. Please come join us. 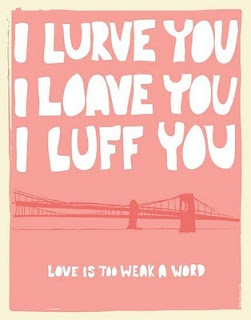 Thanks for stopping by--it's always nice when the A-listers (a published book and a for-profit blog? I say you're an A-lister!) take notice.

I do have to ask: Are the ALL CAPS really necessary? I mean, I already linked to your site a couple of times. Then again, you're making money and I'm not, so what do I know about promotion? :)

I don't appreciate the condescension ("if you want to hear what you already believe perhaps that is uncomfortable"), but such a response does rather reinforce my point that I don't enjoy GMP as much as The Takeback, in part because the GMP isn't explicitly pro-feminist. If you *really* think that my preference for explicitly pro-feminist writing means that I only want to hear what I already believe, then we probably don't have a lot to "converse" about. :)

That said, I've already responded on your site (in some comments) to all y'all's "boilerplate" response to criticism, which amounts to, "Hey, we don't take sides (or, "play God", as you put it--though most people wouldn't count necessary, practical editing of content as playing god) because we want everybody in the conversation."

I had a complaint, which was part of a conversation, on your site. The "conversation" that was being had started with a post that can be summed up as "men shouldn't get married because women are gold-digging bitches and the courts hate men because of feminism" included this super interesting sage advice:
"

Learn from your partner’s behavior. How does she act when you disappoint her? What is her reaction to hearing the word “no,” or when you choose your way instead of her way? If she takes it in stride and moves on, then you might have a keeper. However, if she responds to the fact that you went golfing when she didn’t want you to by cutting you off in the bedroom for a few days, or by telling you how selfish and immature you are for having any interests that don’t revolve around her, what do you imagine she will do when she fully believes that you are responsible for every ill in her life?

When some folks (who are, y'know, part of the conversation that you're all wanting to have, right?) criticized the author (I use the term loosely) for not only his bitterness, but also his thinly veiled misogyny, and then criticized all y'all for your editorial decisions around letting this douche post his bile, one of your editors chimed in with your boilerplate editorial response to criticism:

Henry P. Belanger says: Mordicai, would you like our staff determining / defining “good” for everyone? It’s unfortunate that our name can be misleading, but I think you’d agree that a magazine that told everyone how to be good wouldn’t be around very long. Goodness also entails being open, listening to divergent voices, allowing for the possibility that people’s minds can be changed, believing that “once bad” doesn’t mean “always bad,” etc, etc. I can’t tell you how many comments we’ve had in the past 8 months that sarcastically put “good men” in quotes, suggesting that we did not meet their standards for goodness. these commenters have come from all across the political / ideological spectrum. The more it happens, the more confident I am that our approach here — being a wide, open marketplace for ideas — is the good approach to take.

I responded with this:

Your “editorial” position is either not well thought out, disingenuous, or both. Putting forward that you want to encourage conversation doesn’t absolve you of drawing *some* lines. There are men, after all, who believe that “being a good man” includes physically and emotionally dominating women and other men–-presumably you wouldn’t allow a well-written, clear article which centered “being a good man” on how to beat the crap out of any person who challenges one’s opinion. So, you do draw lines circumscribing the conversation that have nothing to do with how well-written something is. You just don’t keep folks like Paul Elam from adding his voice to the conversation. What folks like Mordicai and SaraMC are saying (in part) is that this sort of unsupported tripe isn’t just one more opinion among many (as you imply)–rather, it’s unsupported misogynist tripe.

Which is fine. It’s your site. Just don’t expect everybody to pretend along with you that it’s a useful conversation.

Short version: Criticism of your site and/or its authors is part of the conversation.

I'll probably keep reading The GMP (for some reasons I'll give below). So, in effect, I already have joined your conversation. But I'll likely keep complaining that you're giving voice to opinions that aren't "complex"--they're sometimes misogynistic. And you'll continue to get called out on that for as long as people who read your site care about women (and men, and folks of all genders). Saying "it's all a conversation" doesn't get you off the hook for criticism of the editorial choices you are making.

Having said all of that, there are some things I like about the GMP, in the way that I will read BUST magazine, but prefer Bitch magazine, if I can get it--you're writing to men about alternative masculinities, even if I'm of the opinion that at least some of those masculinities aren't alternative at all, but rather more of the same (e.g. MRAs who love privilege and making more money than women but hate alimony). I mean, right now you've got a great post by a transguy. It will be a long time before traditional men's magazines have such an article, I'd guess. So, yay, I welcome the GMP. That doesn't mean I have to always loooooove it.
Posted by Jeff Pollet at 10:00 AM

Email ThisBlogThis!Share to TwitterShare to FacebookShare to Pinterest
Labels: Posted by Jeff

I have to say that I echo your concerns, Jeff.

TGM strikes me as a bunch of "nice guys." They want to maintain the conversation within the strictures of traditional masculinity, just emphasizing the good and trying to eliminate the bad, without recognizing the fundamental problems underlying the structure.

I have to say that I echo your concerns, Jeff.

TGM strikes me as a bunch of "nice guys." They want to maintain the conversation within the strictures of traditional masculinity, just emphasizing the good and trying to eliminate the bad, without recognizing the fundamental problems underlying the structure.

Sorry if I offended in any way and of course you don't need to love us or anything we do. I am glad that some of the content appeals to you. In the end that is all we can ask, that some of what we are doing is interesting enough to you that we you stop by and engage. And yes even faint, negative, or challenging feedback is good and healthy. Our goal is a discussion with all that entails. Thanks for paying close attention and taking the time to tell us what you think.