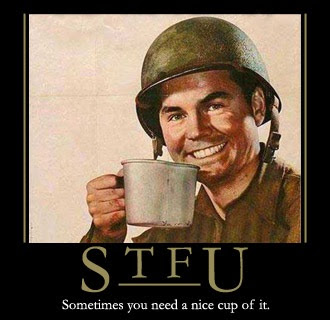 Sometimes, I don't do well with people who are in positions of authority. It may be the case that I have a neurotic problem with authority--in part because I grew up watching my mother struggle with sexism in her workplace, with her husband, and in the larger world. I think that having "problems with authority" may be a relatively healthy reaction to an unhealthy society, where it is often the case that those in power are harming those with less power. What is an appropriate response to oppression, other than a desire to fight back? (Of course, this is oversimplifying--other responses include caretaking of self and others, compassion and empathy. But I think a desire to fight should be in there too.)

And yet, there is another aspect of my resistance-to-authority, and it is rooted in patriarchy. Men are taught The Hierarchy, and are shown over and over again, that they have a place in it--above some men, below others, above all women, etc. And generally, we are told, we should be striving to be as high up on that ladder as we can be. This is putting it very starkly, of course, but this is essentially a big part of what men are taught. So, I resist authority in part because, on some levels, I want to be higher up on that ladder of hierarchy than the men (and women, and folks of all genders) who are currently above me.

Given these two factors, and many others, my instant reaction to having bullshit called on me, and/or being told to shut the fuck up, is that my hackles go up, and all of my defenses come to the fore. (Of course, having the safety and space to be defensive, may be a reflection/product of my own privilege.) So I am sometimes left in the following position, when somebody is attempting to call me on what they see as my own bullshit: I have to decide--Are they right, in which case I need to stand down and apologize? Or are they being bullies, in which case I need to step up and perhaps take them down a notch?

And sometimes the question is very easy to answer: If I use the word "lame" and get called out for ableist language, it's pretty clear that I need to apologize and take a step back to examine my privilege in that regard. (For some reason, "lame" has been a hard habit to break for me.) If an MRA guy tries to call me out for not including his woes around child support in a post about how women make less, on average, than men, I can be pretty assured that he's a douche and a bully, and is trying to impose his opinion in a way that isn't helpful (in part because of the aforementioned privilege that makes him think he needs to/deserves to move up the ladder with every interaction). And of course, somebody can (correctly) call me on my bullshit and also be cruel and rude about it: But that doesn't make them a bully in the sense that I'm talking about. It matters who is holding privilege--women feminists being cruel to me can cause me some pain, but they (generally) aren't using their privilege to do so. Which, y'know, matters. 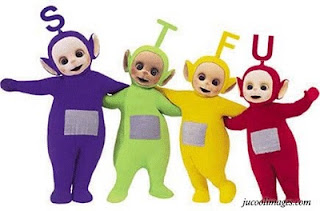 Sometimes, though, it really is hard to tell whether I am responding to a sincere bullshit-call-out or a bully. And in these cases, I tend to err on the side of re-examining my own privilege, because, really, who couldn't stand to do that some more? Also: I don't have to stand up to every bully myself--I am part of various communities that do social justice work, and there are lots of people ready to stand up to bullies in those communities. And this is also a situation that will always recur: Given that I live in a patriarchal society, and given that I engage with both activists and folks in the larger world, I will sometimes screw up and get called on my own bullshit, and I will sometimes run into bullies who need to be stood up to. It just will happen.

All of which is to say that I have myriad reactions when I read Twisty's words at I Blame the Patriarchy:

But really, it’s comical, the predictability with which dudes who fancy themselves feministically enlightened just can’t seem to shut the fuck up when they are found to be duding the joint up a little too hardcore.

My first reaction is that my hackles go up. (Ok, my *first* reaction is to chuckle at "duding the joint up," because that's great use of language.) But then I reflect on where that feeling I'm having is coming from (privilege!), and where the criticism is coming from (Twisty, who knows her stuff, generally)--and I have to let it go. And it's not that I can say, "Well, she's not talking about me." She *is* talking about me, and men like me, when we screw up and can't see our privilege getting in the way of our thinking and talking. It does happen, even to those of us who are trying to not let that happen. I do my best, and I will sometimes get it wrong. Nobody likes to think of themselves like a douchebag, but all of us find ourselves saying stupid stuff sometimes, getting things wrong sometimes. So, sometimes, if I'm told to STFU, it's good to do just that.
Posted by Jeff Pollet at 9:43 AM

Email ThisBlogThis!Share to TwitterShare to FacebookShare to Pinterest
Labels: Patriarchy Hurts Men, Posted by Jeff, What Men Can Do

I don't think you should stfu.

The feminist claim that people of every gender and identification can be feminists except cisgender males is a little absurd.

If you believe in feminism, you're a feminist. Simple as that. No reason to lord your gender over another because he's male...

@nobody:
I haven't heard any claims that cisgender males can't be feminists, actually. Twisty is talking about a no-dudes space, which isn't the same thing...

I think the fact that you can see all the reasons why you should STFU means you should address them, and then make the point you want to.
You rock for addressing this because it infuriates me that the good men in my life are undermined when they put forward their opinions simply because they have a penis.
My partner was a good example of someone highly ignorant of their privilege, but because he has been allowed to take part in debate he is learning.
Locking people out wins nothing

Ah, sorry- I didn't read the linked post, just yours.

I'm not too sure about that post, either- they're having a man-free space just because men have male privilege, and that means they can't discuss feminism? I think that's a radical misunderstanding of male privilege. Male privilege means better jobs, better lifestyle, better rights for men- all social effects. In some men, the combination of a pompous/narcissistic attitude and privilege can ensure that they will never understand women's experience, but that certainly doesn't mean all men will be like that. Feminist men, who understand their own privilege, aren't the same and shouldn't be included.

The men the poster was speaking of aren't feminist men just suffering from male privilege, they were assholes or trolls. Which means they should just ban assholes and not men...

Then again, I guess I may just be rather new to this feminist corner of the internet.

Ah, sorry- I didn't read the linked post, just yours.

I'm not too sure about that post, either- they're having a man-free space just because men have male privilege, and that means they can't discuss feminism? I think that's a radical misunderstanding of male privilege. Male privilege means better jobs, better lifestyle, better rights for men- all social effects. In some men, the combination of a pompous/narcissistic attitude and privilege can ensure that they will never understand women's experience, but that certainly doesn't mean all men will be like that. Feminist men, who understand their own privilege, aren't the same and shouldn't be included.

The men the poster was speaking of aren't feminist men just suffering from male privilege, they were assholes or trolls. Which means they should just ban assholes and not men...

Then again, I guess I may just be rather new to this feminist corner of the internet.

I, of course, think that men can have an important voice in feminist movements; one of the reasons I started this blog was because I also think that there can be all kinds of feminist spaces. I like that there are dude-free spaces for women feminists to do their discourse. Sometimes this space is one in which I bring up stuff that I think is out of place on most women-written feminist blogs.

I think it's ok to lock some people out some of the time, as long as there are spaces for them to go to, y'know?

Twisty is making her space dude-free not because she thinks there are *no* men who can contribute positive things, but because she's tired of having to weed through the men who can't, I think--and she's singling out the well-meaning men who say they are feminists but who don't have enough clues (yet?) about their privilege.

I can get why she would want to. And there are myriad feminist spaces online that men are more than welcome, so no big.

Eh, I don't know. I'm sure that she gets her fair share of sexist trolls who are female. It just seems like she is singling out the men, or using them as a scapegoat.

Plus, If a feminist site bans men from posting, its going to matter less to more people. Its unfortunate, but true that folks pay more attention to men; its one of the reasons why I have male writers on my blog, because I know that I'm not going to make a difference being female.